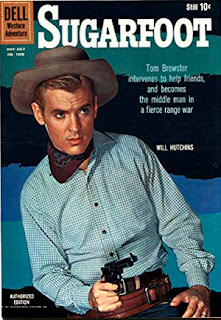 Though it had hit the top 30 in the Nielsen ratings in its first two seasons, reaching #24 in its 1957-58 debut and inching up to #21 the next season, Sugarfoot was the first of the three rotating Warner Brothers westerns to be canceled, with only 5 episodes airing in 1961, the last on April 17. Even though Bronco (hatched a year after Sugarfoot to combat Clint Walker of Cheyenne in his dispute with the studio's skin-flint practices) never reached the top 30, it was kept around until 1962, the same year that Cheyenne bit the dust. But Warners didn't entirely abandon westerns that year because they also launched a new series, The Dakotas, in the fall of 1962, though it lasted only a single season. So it's unclear exactly why Sugarfoot got the axe when it did. 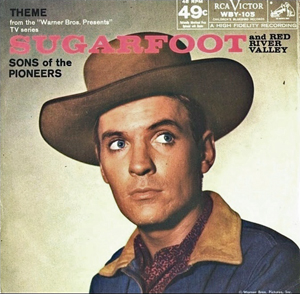 Without evidence to the contrary, it appears that the decision to cancel the series may have been an impulsive one. Warner Brothers was still employing their crossover scheme of having Bronco's Ty Hardin guest star on Sugarfoot in the third-from-last episode "Angel" on March 6, 1961. The following week Will Hutchins' Tom Brewster character was featured in the Bronco episode "Yankee Tornado." The crossover scheme was intended to lure fans of one series to watch the other series, so if Sugarfoot were on the way out, it makes little sense to have Hutchins appear on Bronco a month before his show was to be canceled. Secondly, the introduction of sidekick wannabe Toothy Thompson in the January 16, 1961 episode of the same name hardly seems like a move for a dying series. By the end of this episode Thompson is invited by Brewster to come along on his adventures, seeming to set up a future duo for the series. He does not appear in the next episode, "Shepherd With a Gun," but he does return in the following episode "Angel," wherein we are left with the reason why he will not continue accompanying Brewster--he chooses to stay behind and attend to the wounded deaf-mute title character, the only woman who ever showed him any kindness. In his memories of actor Jack Elam, who played Toothy Thompson in both episodes, in his March 2008 column for the westernclippings.com web site, Hutchins does not mention any plan to make Elam a regular part of the cast. Hutchins merely says that since Elam was so good in the first Toothy Thompson episode, he was invited back for a second appearance (Warner Brothers obviously found something they liked because he was chosen as one of the co-stars for The Dakotas). But the ending of the first Toothy Thompson episode sure seems like he is intended to be a future regular, and the ending of "Angel" seems like an explanation for why the original partnership is ending. Who knows what really happened behind the scenes amongst the Sugarfoot producers, but in an era when recurring characters were discarded with little or no fanfare, Toothy Thompson is given an entire episode to explain his departure. 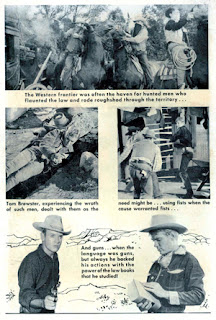 But in speculating on the demise of Sugarfoot, the trope of Tom Brewster as itinerant cowboy law student had certainly worn thin--in the last 5 episodes we never see him check his mailbox for his latest school assignment--but he still uses his legal studies to help solve the problems of the people he randomly chooses to help. In "Shepherd With a Gun" (February 6, 1961) he notes that a will bequeathing 2/3 of a man's ranch to his rapacious daughter had been witnessed by two people who were not disinterested parties, rendering the will invalid (however, a bill of sale in "Stranger in Town" [March 27, 1961] suffers from the same defect but is not deemed invalid). And in the aforementioned "Stranger in Town" episode Brewster learns of the European custom of dating correspondence with the day of the month before the month itself, thereby proving a letter from a dead Swedish mine owner to his siblings in which he asks them to come to America to help run his mine is actually dated after the bill of sale transferring ownership of the mine to a greedy land-owner, meaning the bill of sale is a forgery. In the series' final episode, "Trouble at Sand Springs" (April 17, 1961), Brewster gets to try out his defense attorney skills in representing an ex-con against a charge of murdering a bank president and cleaning out the bank's safe. He is pitted against another law student, this one a woman, who is the former girlfriend of the accused man, and as on Perry Mason it takes a last-minute discovery of new evidence to save the day, which prompts the female law student to decide to give up her career for the role of wife to the acquitted man, while Brewster is given her tall stack of law books for his own future study. The concept of melding a Perry Mason-like legal drama with a western was never a good one, but at least the show had a concept, unlike Bronco. 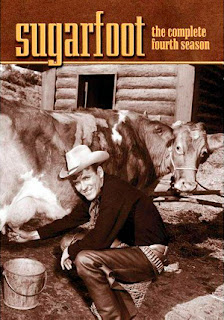 Hutchins, in his columns on westernclippings.com, has echoed James Garner's criticisms of Warner Brothers for recycling scripts from their movies and between their own shows. He has also called the stories melodramas, and not as a compliment. But one episode that deserves special opprobrium is "Shepherd With a Gun," written by Warren Douglas, who also authored the Toothy Thompson episodes as well as multiple episodes for Cheyenne and Bronco. In this episode Douglas wants to cast ranch foreman Simon Getty as the worst possible villain, so he has him shoot the dog of two young shepherds Marie and Pablo simply because they defy his command not to bring their sheep through town. Depicting animal abuse to make a point, even in a fictional story, is never a good idea. But here it is compounded when Pablo vows to take revenge, while Marie cites the Old Testament's eye-for-an-eye policy, while Brewster counsels them that taking a human's life is different than killing an animal because a man's life is "sacred." He then urges them to look forward rather than backward, in other words, sweep the murder of their beloved companion under the rug. The problem here is the fallacy of speciesism--that one species, humans, is elevated above all others and therefore are free to abuse and exploit all other species. This is why Douglas can't show how evil Getty is by having him shoot a baby or small child. The same "logic" is used to elevate one race or religion above all others to justify abuse. Douglas then ties his "logic" in knots by having Brewster explain to Pablo that killing another man kills a part of you as well, that the gun becomes a bigger and bigger part of you until you are always on edge, expecting to be attacked, yet at the same time he admits that he has killed men himself, so what does that say about him? And at episode's end when Pablo sneaks off with the family rifle and heads to town with the intention of gunning down Getty only to arrive after Brewster and two other men have beat him to the punch, Pablo is shocked by the display of violence and thanks Brewster for the valuable lesson that he will never forget. If only we could forget this ill-conceived episode.

For the biography of Will Hutchins, see the 1960 post for Sugarfoot. 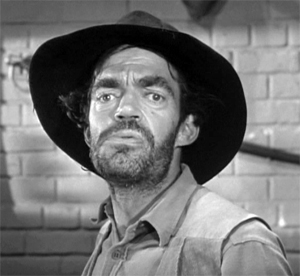 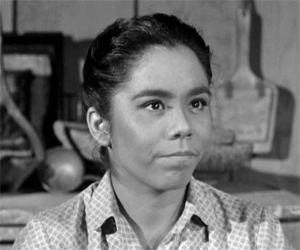 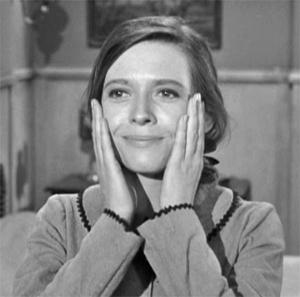 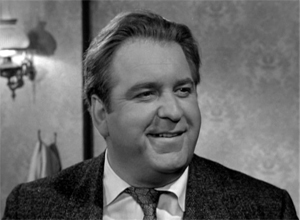 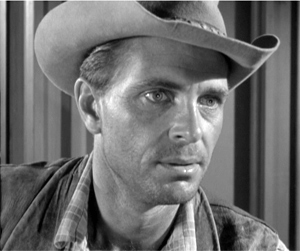